Our Survey: Canadians hate winter, like snow days, and long for sun vacations

How does bad winter weather, snow storms, or extreme cold affect web traffic, calls, and bookings to sun destinations? While we have our own thoughts here at tripcentral.ca, we decided to poll 2,000 Canadians on February 19th 2019, to see what they think of winter and booking sun vacations.

Cold, snow, ice cited as most hated things about winter

What do you hate about winter? Our open ended question received answers including the words:

But when asked more specifically about seven specific things including shoveling snow, walking on slushy streets, scraping ice, grey skies and lack of sunshine, “driving in the winter” was the top dislike. Sixteen per cent of women cited it as the number one thing they dislike about winter as opposed to 14% of men.

Beyond driving in the winter, no one thing stood out in the list of winter ills.

Survey results show there appears to be a combination of things that contribute to the winter blues for Canadians. 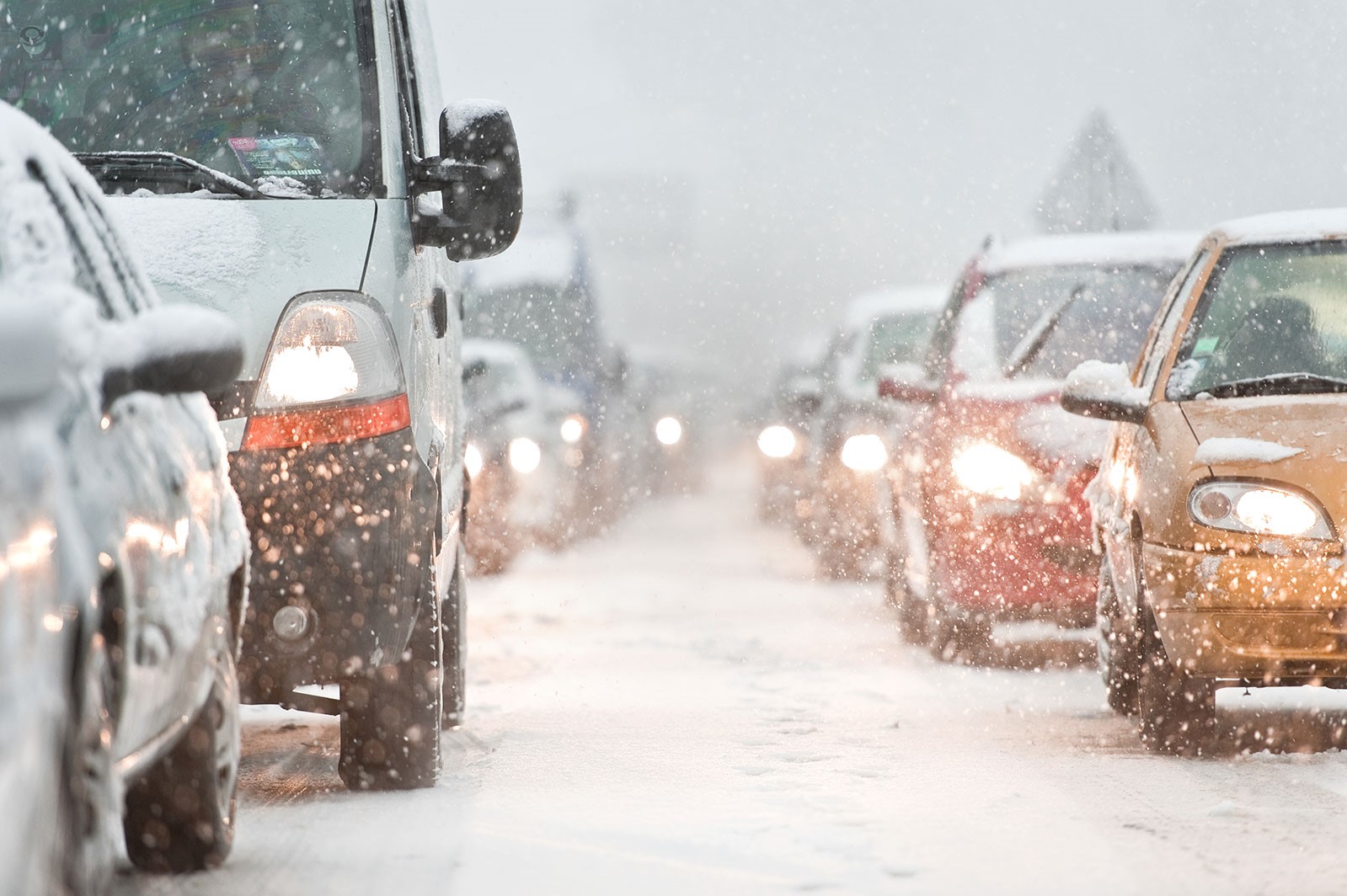 One third of respondents said they shovel their own snow. Significantly more men (43%) compared to women (26%) shovel by themselves. Women respondents were more likely to say shoveling snow is “a family event” 16% of the time compared to 11.6% of men.

When it comes to shoveling, chivalry is alive and well in Canada! 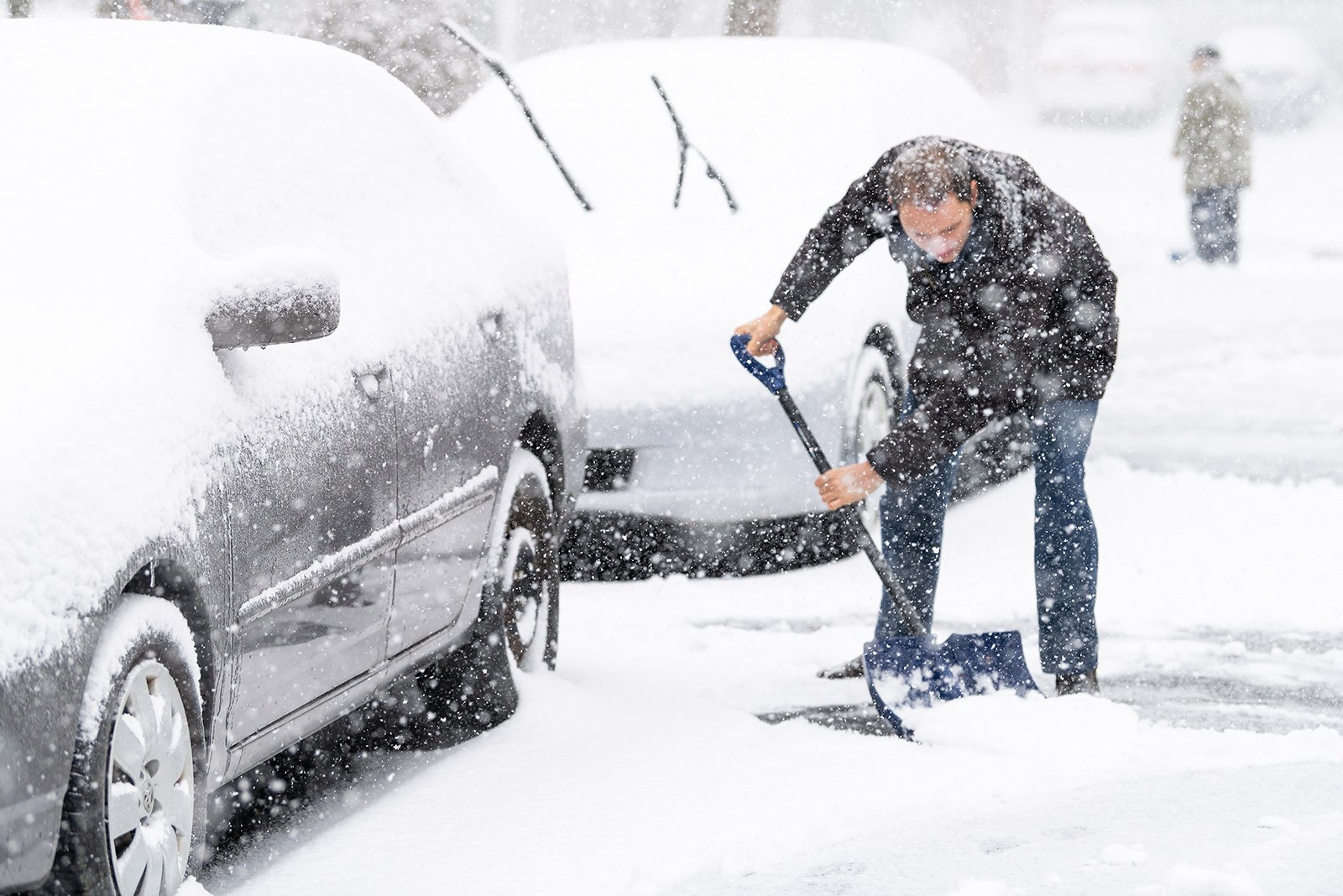 Albertans report that 42% shovel snow themselves compared to only 28.7% in Ontario.

Interestingly, those aged 55 or higher are just as likely to shovel their own snow as the younger population.

Thirty-one per cent of Canadians do not clear their own snow at all. This is mostly because:

When it comes to shoveling snow, maybe it’s more about how big your driveway is, or if you have a driveway at all.

If you spent your childhood years in a warm climate country, you are less likely to love outdoor activities (12%). Do you blame them?

When we looked at the numbers, liking or disliking outdoor sports and activities during the winter made no difference on the desire for sun vacations.

Perhaps the closer you are to memories of school snow days affects your view of them. This might be where the older generation starts telling stories of walking through several feet of snow in shorts, and school was still open!

Forty-seven per cent of the sample say they can work from home remotely on a snow day. The nature of the sampling method (online) may affect this statistic.

Maybe this is another reason people browse travel sites on snow days – there’s no one to hide your screen from when you’re supposed to be working. We wouldn’t complain about this!

Thinking about warm sunny vacations while experiencing the worst of winter

A majority (53%) of Canadians find themselves thinking about being in a warm, sunny place when experiencing the thing they hate most about winter. Women (56%) think more about it than men (49%).

Higher income earners are even more likely to have their mind drift towards warm, sunny thoughts (61%).

Albertans are more likely (61%) to think about warm sunny vacations than the national average. These consistent higher Alberta stats must be because of their brutal winters.

Those who go away every year or almost every year are most likely to start browsing travel sites. Fifty-five per cent report doing so when being snowed in, 24% of these people don’t browse travel sites on snow days because they are already booked to go away. They have something to look forward to! 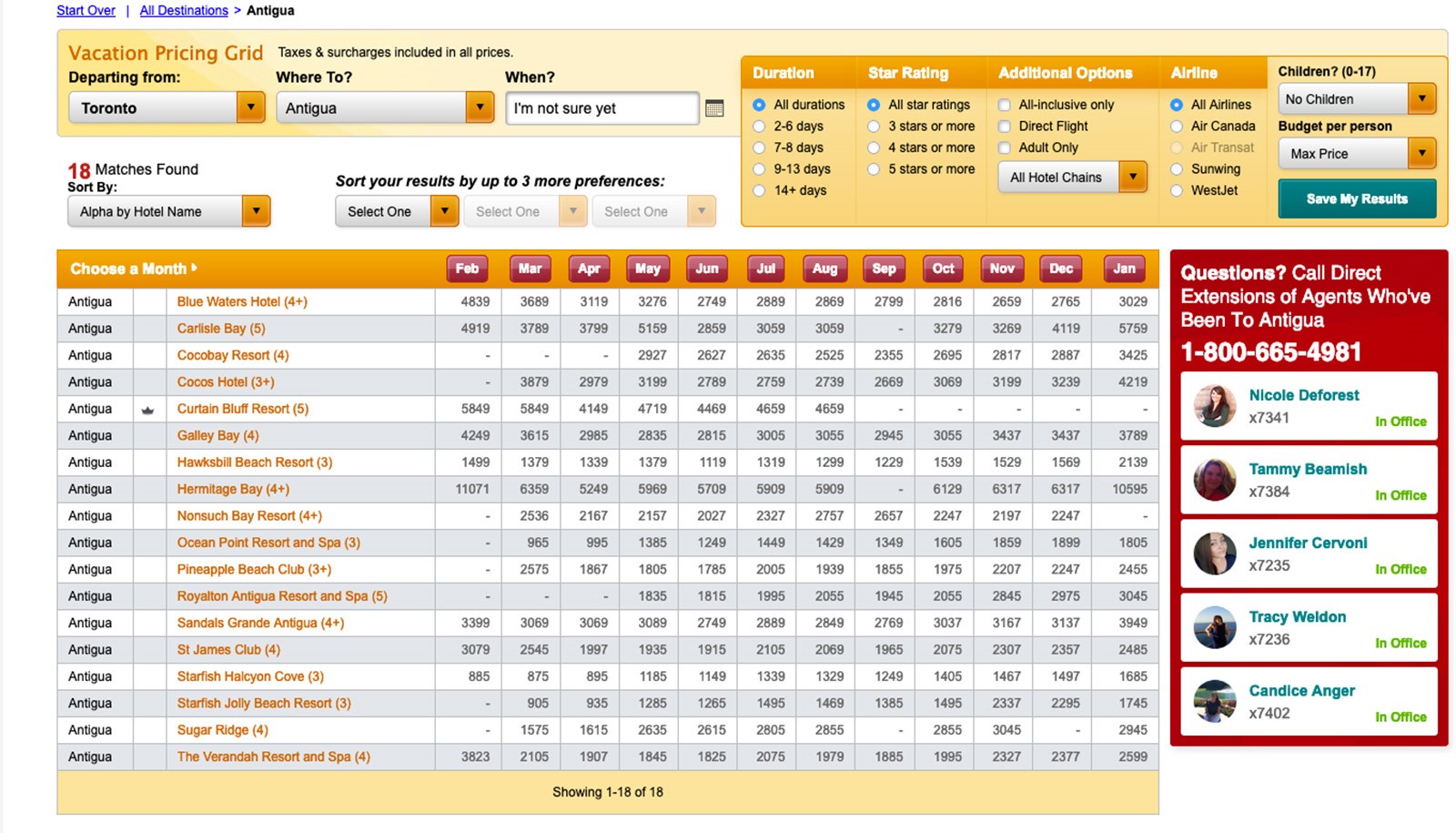 We asked what image on a billboard would grab your attention on a cold snowy day. A beach and blue ocean were most popular with over two thirds choosing this, followed closely by a sunny blue sky. Thirty per cent of men would like to see an attractive woman in a vacation setting in travel ads. Women are not as responsive to attractive women in a vacation setting (5%), nor does having an attractive man in the ad matter (9%).

Mexico is popular among high income earners and Western Canadians

Think of a warm sunny destination and what comes to mind? Florida or another US destination ranked first overall. Mexico is #1 among high income earners (24.5%), Albertans (27%) and those from BC (30%).

The results overall closely represent the percentage of flights available on the market regionally across Canada. Jamaica as a single destination stands out at 9.5% with strong recognition compared to the supply of Canadian air seats. The Jamaica Tourist Board does a great job getting in our heads. Mexico does have a significant line up of newer and higher end all-inclusive resorts to satisfy a more discerning customer.

Skipping a sun vacation in a mild winter?

A mild winter will affect demand for sun vacations. A slightly higher portion of Canadians (23%) selected “I have put it off and then figured, spring’s around the corner anyway.” This explains why travel agents love hearing about snow storms, while the rest of Canadians grumble and groan!

Of course the early bookers aren’t waiting to see how the winter goes. In fact, last winter may have some effect on how early bookings go for next year, but by and large, people have short memories once the warm weather hits.

Reasons for putting off the sun vacation

About one quarter of people said “price was too high” and almost the same number said they didn’t have the money. So while those not yet booked during a mild winter might think spring is around the corner, finances are half the decision-making.

In the end, only 10% reported the mild weather was the real reason they didn’t book.

How do you feel when you return to Canada from a sun vacation?

Thirty-seven per cent of respondents said they felt rejuvenated and ready to face whatever was left of winter. An equal number said they felt like they never left Canada, wishing they were back in the warm sunny weather. One quarter of people had no strong feeling – just satisfied. More women report feeling rejuvenated (40%) than men (35%).

Travel makes you want more. It’s one of the few things you can spend money on and come out richer. 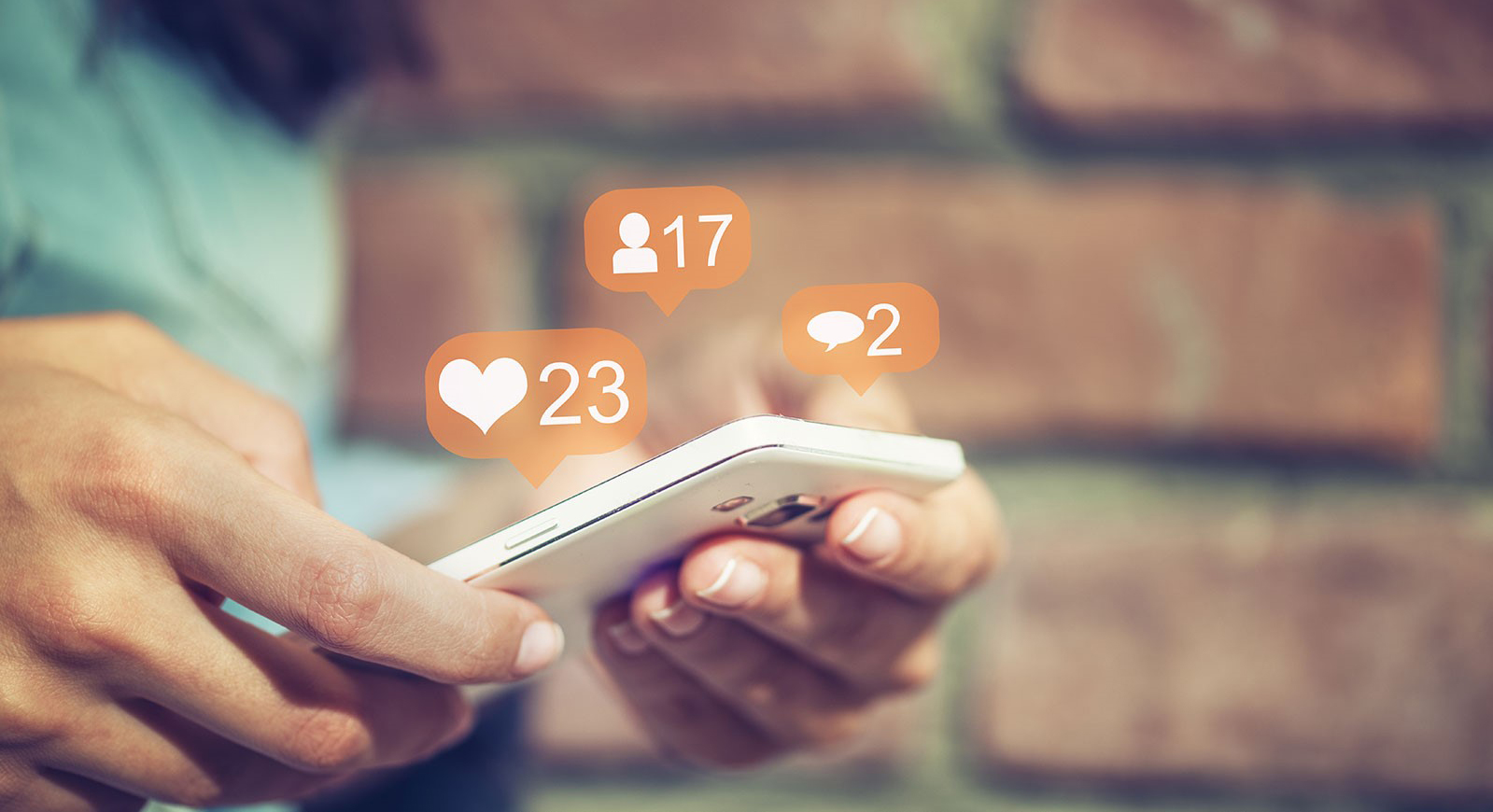 The survey was conducted on February 19th, 2019 and 8.7% reported having already been away since December. Another 5.4% reported already being booked to travel before Easter and another 5.6% report they are planning to go away again before winter ends, bringing a total of almost 20% of Canadians who will take a sun vacation this winter.

Those that are “looking around” (14.4%) is consistent with what we see. After the Christmas and New Year’s holiday period, a massive wave of people start looking at sun vacations as winter bakes in. We’ve seen more price increases than decreases this year, disappointing those who believe prices necessarily drop at the last minute. Don’t look too long. Things can sell out quickly, as most operators have a small number of rooms at each resort.

How much time is spent shopping around for sun vacations?

We know there is a lot of looking, browsing and shopping going on. Other surveys we have done show that people actually enjoy shopping for vacations, even though they can get frustrated by changing prices over time. Travel suppliers have computerized algorithms that adjust prices up and down based on expected demand and sales patterns. It’s not us!

Would you travel alone to a sunny destination?

Eighteen per cent of respondants have travelled alone and liked it.

Seventeen per cent would like to, but they find the “single supplement” (bearing the full cost of the hotel room without sharing with another) too expensive.

Single people are only slightly inclined to travel alone (23%) and also report the cost of traveling alone too expensive (23%). Singles are more interested in travelling with friends (22%) than with couples (9%). No one likes to be a third wheel.

Oddly, 13% of married or living with a partner report that they have travelled alone on a sun vacation and liked it and a further, 10% saying they would if it weren’t so expensive. The vast majority of couples would rather travel as a couple (40%) or as a family (27%). 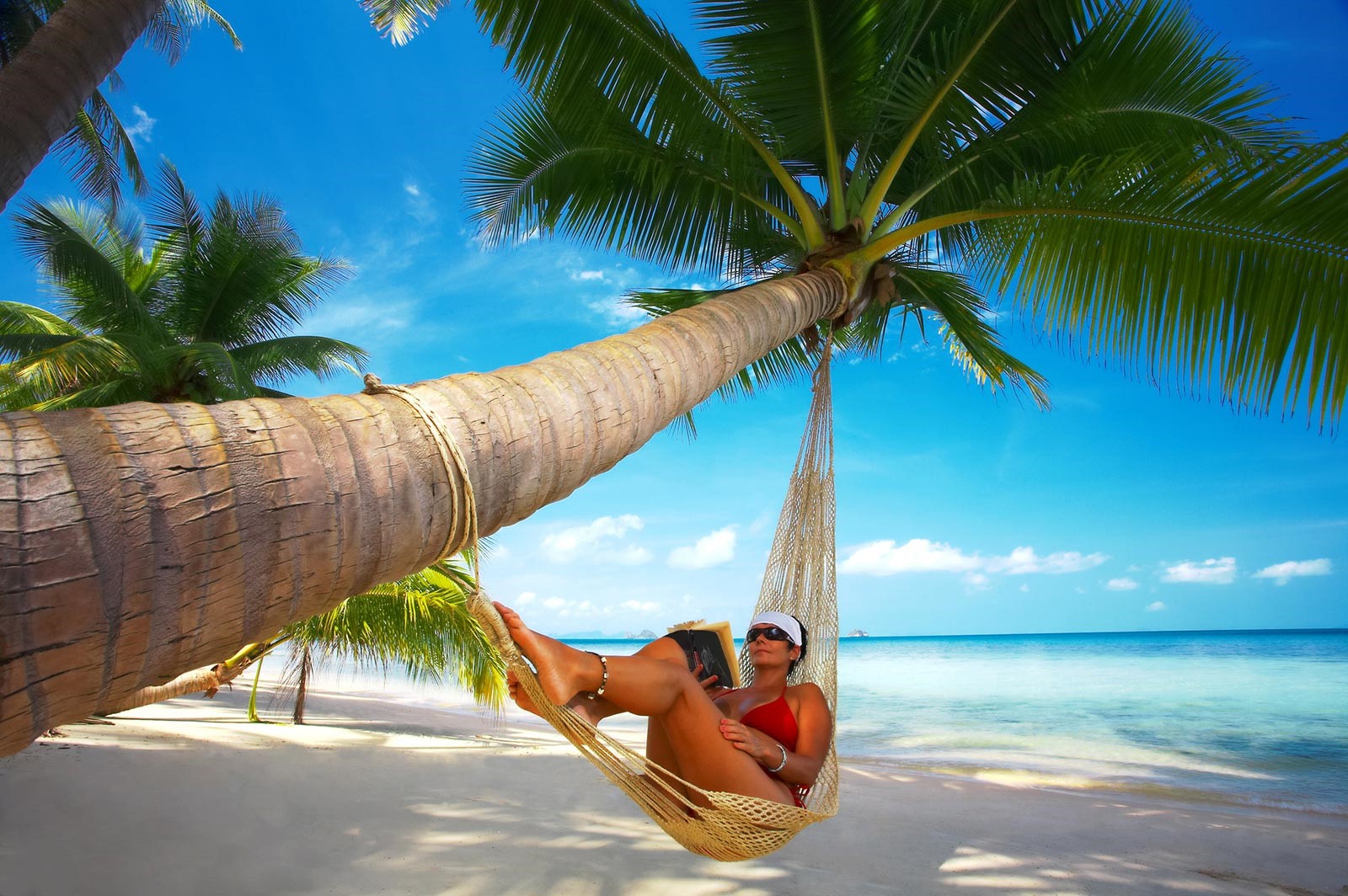 Our observations on winter weather and sun vacations

Many years ago, tripcentral.ca would book about half of winter departures before Christmas. In more recent years, more of our winter inventory is booked from January onward. There may be an effect of the severity of last winter on early bookings, but people have short memories. We hear it anecdotally here and there, but we can’t confirm it.

People are focused on Christmas, but starting on Boxing Day, demand spikes and rises to its peak somewhere between the second and third week of January. We are a national site, so snow days in major markets across the country occur frequently, but if a big one strikes the GTA, we notice. First, calls are lighter or normal while people “dig out”. Then, website traffic spikes, and so do calls.

A mild winter does have an effect on demand. The same number of planes and hotel rooms are available for sale in a mild or bad winter. So the effect is really in the pricing. When demand declines and supply stays about the same, the price will decline. Same too when winter is bad. Demand increases, the supply is the same, and prices rise. This is a conundrum for us. We have lots of site traffic and calls, but more people complaining that the price is higher than they expect, or that prices are not dropping like they might expect. Mild winters can see some programs end early. April departures can get cancelled or consolidated (resulting in flight schedule changes).

We think many people obsess too much about the price and changing prices. The saddest statistic in the survey is that 1/6th of people who don’t book early are not able to go because they can’t get time off work. This doesn’t happen when you book ahead. Obsessing about a couple hundred bucks hoping demand might be lower closer to departure pales in comparison to the value of being booked in advance. People forget the enjoyment they have when they look forward to a booked vacation – to their first choice of destination and resort, not a compromise of what’s leftover. A week trading cold and snow for pina coladas and beaches are really priceless, in our minds!

So next time you’re shoveling, being splashed on the sidewalk, scraping your window, or sitting in winter traffic, let your mind drift to your sun vacation or cruise that you’re actually going on. Booked in advance, of course.