Camaguey is Cuba’s third largest city, offering a historic and unique cultural experience and look into Cuba. With it’s historic center a designated UNESCO World Heritage Site, Camaguey city is located in the centre of the island in Camaguey province. Most travellers looking to visit Camaguey resorts are actually travelling to an area north east of Camaguey city, along Santa Lucia Beach. A Camaguey Cuba map better explains the locations in the area, and confusion of Camaguey resorts and locations and the city itself.

Camaguey Cuba is known for its adventure into the arts, the prominence of the Catholic Church, and the 35 scuba diving sites along the stretch of beach. Walk the cobblestoned streets and alleyways and enjoy the stunning art galleries, hole-in-the-wall restaurants and cafes that add flavour to the city’s culture, and the historic churches.The city is home to national poets, the birthplace of Cuban freedom fighter Ignacio Agramonte, and a display of stunning colonial-style clay architecture.

Venture north to the beach and find a famous flamingo colony or the longest coral reef in the western hemisphere. The majority of tourists visiting Camaguey go for the inexpensive diving, and stunning marine life and span of beach, staying in resorts outside the city itself.

What are you looking for in your Camaguey vacation?

Things to do in Camaguey, Cuba

Santa Lucia Cuba things to do

Most travellers visiting Camaguey stay in all-inclusive resorts along the Santa Lucia Beach strip, north of the city. Watersports are plentiful here, with 35 scuba diving sites and plenty of opportunities for snorkeling. Santa Lucia beach is the most popular attraction for Camaguey vacations along the shore. The sand is white and the water is clear, but the area is known for having mild seaweed along the shores. 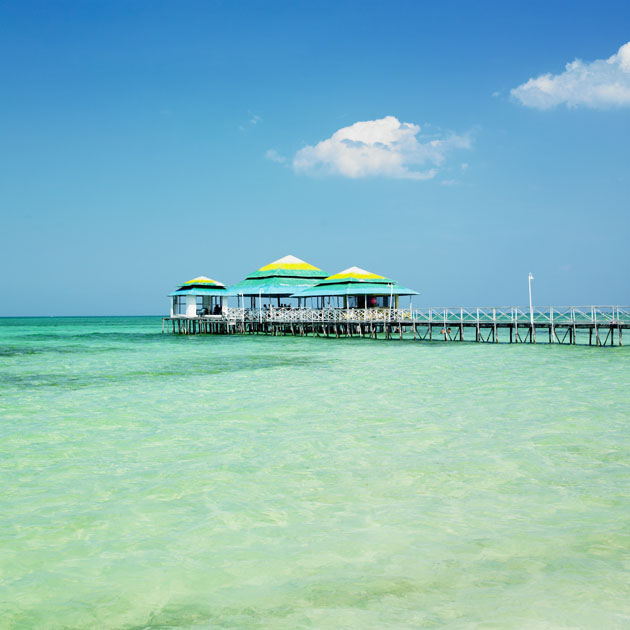 Shipwrecks dating back to the 19th and 20th century await divers off Santa Lucia Beach in Camaguey. Divers also have the opportunity to see bull sharks be fed by instructors at the Neuvitas Bay channel.

Tours from the resort stretch into the city proper are available for those looking for a guided experience and want to experience both the historic and cultural side of Cuba and the modern vacation ideal along the beach.

Things to do in Camaguey city

Approximately 100km from the beach area, find Camaguey city, with its historic and colonial city center, intertwining roads (oftentimes called The Labyrinth City for its irregular layout of streets). From Camaguey excursions and tours to visit the city, to attractions once you’re there, we have a list of what to do in Camaguey:

This museum, located in the heart of Camaguey city, was the birthplace of independence hero Ignacio Agramonte, known for leading the revolt against Spain. Here, learn about the history of the First War of Independence in 1869 and see the gun Agramonte himself used. This museum offers a look into Cuban history and the story of Camaguey which has formed the colonial city that stands strong today.

This is considered Camaguey’s most important church by some, rebuilt in the 19th century and son the site of a chapel dating back to 1530. Climb the bell tower for a small fee, and note the Christ statue that sits atop the tower overlooking the nearby area. The cathedral is named for the city’s patron saint and overlooks Agramonte park in this historic part of Camaguey.

Camaguey is Cuba’s ceramics capital and this gallery won’t disappoint. Stroll through aisles of pots and paintings by famous artist Martha Jimenez Perez in the historic Plaza del Carmen neighbourhood.

Take a historical tour of Camaguey and stumble across this cemetery where famous Cuban and Camaguey fighters are buried. Ignacio Agramonte, known for leading the Camaguey independence, is resting halfway down the second avenue after the entrance. Also find former Cuban president Salvador Cisneros Betancourt here.

Most resorts, like the Brisas Santa Lucia, include nightly entertainment including music, theatre shows, and more, while daily activities include water and land sports, on-site spas, and more, adding to the list of Camaguey Cuba things to do. Choose from scuba diving lessons and excursions for the adventurous and get up close and personal with Cuba’s marine life, or opt for a flamingo tour and sail the shores where pink flamingoes flock. Other excursions offered at resorts include sunset cruises, deep-sea fishing, alligator and iguana tours and ranch visits. 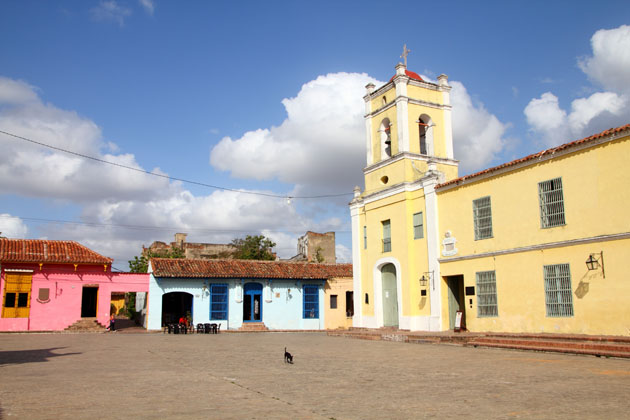 What to see in Camaguey

A walk through Camaguey will bring you deeper into understanding this colonial city, from its historic findings, people, and its alleyways. A few notable areas of the city are the Callejón Funda del Catre (the narrowest callejon in colonial Camaguey, dating to the first decade of the 19th century), the Callejón sin salida (The One Way Out Alley, which used to live up to its name), Calle Maceo (visit here for stunning architecture, stained glass, shopping, and the Grand Hotel building for a beautiful view off the top), Calle del Cristo (with a church at either end of the street, and Cuba’s oldest graveyard at one end).

Not far from the Casino Campestre, find this mural, highlighting many of the legends and stories of Camaguey. The mural features art surrounding the legend of tinajon, the most widely told legend of the area. The story goes that because locals drink water from the tinajones (utensil used to collect water), if a stranger drinks tinajon water, they will return to the city.

Throughout the city, find statues and memorials to several figures who have helped form the history and shape of Camaguey. In addition to the statue of Ignacio Agramonte in the Plaza de Revolución, find stories and information about the following important people in Camaguey’s history:

Food in Camaguey: what and where to eat

Cuba is not typically known as a country rich in flavour and food offerings. In addition to restaurant choices on the resort, where dining options range from international buffets to seafood, Asian flare, and beyond, Camaguey city does have several restaurant options. Several restaurants focus on Cuban cuisine, others on Italian, and several “International” options have popped up in the city, as well. Find local markets like the Mercado Agropecuario Haitbonico for fresh items, local favourites, and low costs, or small colonial cafes like Cafe Ciudad for excellent service and Cuban coffee.

Getting to Camaguey: transportation

Flights into Camaguey Cuba arrive at the Ignacio Agramonte Airport, just outside the capital city of Camaguey province. Service into Camaguey from Toronto and Montreal operate year-round with direct flights. For travellers who have booked an all-inclusive vacation package, travel between the airport and your resort on a bus or van transfer provided by your supplier (Air Canada, WestJet Vacations, etc.). This transfer will also pick you up at your resort to return you to the airport for your return flight.

Once in Camaguey, there is little reason to worry about transportation beyond the resort. Excursions and day trips offered from the resort will include round-trip transportation and transfers, and all-inclusive vacation packages include airport transfers to your resort. For travellers staying within the city of Camaguey rather than along Santa Lucia beach at an all-inclusive resort may opt to rent a car, take a taxi, or use a motorcycle to get around. The city of Camaguey also offers bus service within the city limits for those looking to experience the culture and history of this area of Cuba.