Cuba will remain one of the most popular destinations for vacationing Canadians this winter.

Cayo Coco and Cayo Santa Maria, popular tourist areas hit hard by Hurricane Irma in September 2017, are reporting to be fully functional and operating, after a path of damage closed resorts for several weeks.

The category 5 hurricane, which meteorologists called the most powerful Atlantic hurricane outside the Gulf of Mexico and Caribbean Seas tore through St. Maarten, Barbuda, Puerto Rico, parts of Cuba, and Turks & Caicos.

In the wake of the hurricane, Cuba’s minister of tourism Manuel Marrero made a public statement to have Cayo Coco and Cayo Santa Maria hotels, among others hit in Varadero, Holguin, and Havana up and running mid-November. All Cuba resorts are now operating as usual and have recovered from Hurricane Irma damage.

Hurricane Irma in Cuba: what was hit?

Varadero saw both wind and flood damage, but also saw clean-up and resort re-openings happen earlier, due to its location on the main island.

Havana received a large portion of the flooding felt by the island, due to its low-lying areas.

While hurricanes are frustrating for everyone involved; customers are inconvenienced and agents are trying to absorb re-booking policies and tour operators are trying to get accurate information on the ground on the conditions of things in the country, a positive output has come from Hurricane Irma hitting Cuba. Work on resort infrastructure following the hurricane gave the opportunity to improve the properties and resorts before the island re-welcomed travellers to the area. The Melia Cayo Guillermo, for example, was refurbished, and the beach in Varadero’s peninsula has gained almost 10-metres of width following the pile-up of sand from hurricane waves. 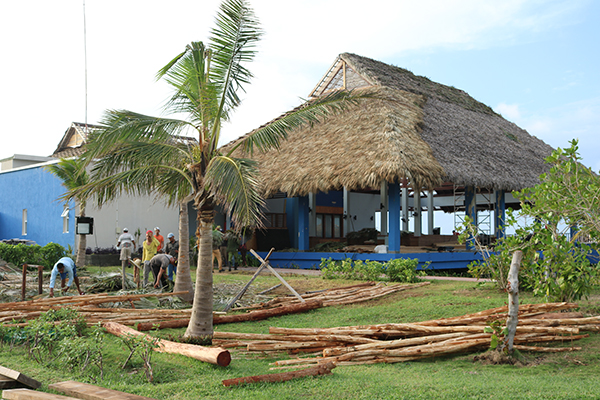 Are things back to normal?

Several of our travel agents visited Cuba prior to the November 1 re-opening dates, and inspected hotel properties and checked on hurricane damage, and had the following to say:

The majority of resorts in Cuba have re-opened and operational for the 2018 winter season. All of the resorts and employees have worked hard to get their properties back up and running, and the work that has been put into the properties post-Hurricane Irma is showing.

Despite frustrations with closed resorts and no flights for several weeks, the hurricane did improve the beach scene in many parts of Cuba as the beaches have been expanded and widened with more sand.